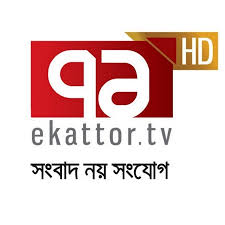 Ekattor TV was one of the 10 television channels that the Awami League government gave permission to operate in 2009 after it came to power following a military-backed caretaker government. The license was originally issued to current CEO of Ekattor TV Mozammel Haque Babu.

It started test transmission in April 2012.

The late Engineer Fazlul Haque Khan, the father of current CEO Mozammel Babu, was the founder chairman of Ekattor Television. He played an active role as general secretary of Mohammedan Sporting Club, a premier league soccer club, in the 1980s.

According to a report in Prothom Alo, Mozammel Babu sold 50 percent of the ownership of 71 TV. The remaining 25,000 shares belong to Mr. Babu, his wife, his brother, his brother’s wife and his father. Mostafa Kamal, chairman of Meghna Group, bought 25,000 shares in his own name and in the name of a son and two daughters. The two daughters are representing Meghna Group’s affiliate Tanvir Food Limited and United Salt Industries. As per the report, an intermediary involved in the sale of shares said 25,000 shares were traded at Tk50 crore.

Mr. Mozammel Babuis a graduate of the Bangladesh University of Engineeing and Technology (BUET) Former editor of Deshbandhu and Purbabhas newspapers, two short lived but popular weeklies during the 1980s . He is the CEO of Digital Technologies Ltd. He is currently the president of ???Editors Guild, Bangladesh??????an association of leading journalists in the country formed in December 2018. The purpose of ???Editors Guild, Bangladesh??? to safeguard editorial freedom and promote responsible journalism. It has also acted as a pressure group to project the interests of the press. For example, it protested a decision by the Bangladesh Association of Banks (BAB) to cease advertisements on print and electronic media.

The history of Meghna Group of Industries dates back to 1976 when its predecessor Kamal Trading Company was born. The group debut with the inception of Meghna Vegetable Oil Industries Ltd in 1989 on a small chunk of land at Meghnaghat in Narayanganj. Meghna Group of Industries is involved in the production and marketing of various consumer goods such as tissue, paper, seed crushing, fish and poultry feed, chemical, cement, power plant, other industrial products under the brand name of ???Fresh’, ???No.1′ and ???Pure’ etc. The group owns a shipbuilding dockyard, shipping, securities, general insurance, media, aviation and several businesses.

Mostafa Kamal is one of the board of directors of Modhumoti Bank Ltd, representing Tanveer Oils Limited. His daughter TanjimaBinthe Mostafa and Tanveer Ahmed Mostafa are also directors of the bank representing Everest Power Generation Co. Limited and Meghna Flour & Dal Mills Limited. Modhumoti Bank is one of 14 banks which saw unusual rise in default loans. There are several members of parliament (MPs) who are also directors of the same bank. They include: Shaikh Salahuddin, Barrister Sheikh Fazle Noor Taposh, and Mr. Didarul Alam.

According to a report published in the Daily Sun in 2019, Meghna group grabbed several kilometers of land along the Meghna River in Narayanganj district. In 2014, the Anti-Corruption Commission interrogated Meghna Group Chairman Mostafa Kamal in connection with a tax evasion and money laundering. The allegation states that a document prepared by Australia-based Ecoval Dairy Trade in July 2011 mentioned that Tanvir Food Ltd, a sister concern of Meghna Group, under-invoiced and concealed US$ 1,310 while importing milk powder from Australia. The ACC suspected that the government might have lost approximately Tk1,500 crore in revenue due to under-invoicing.

According to some sources, Ekattor TV appears to have bad blood with Attorney General Mahbubey Alam who accused the channel in 2015 of contempt of court.