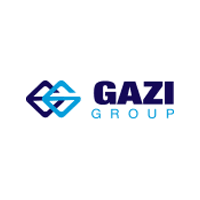 Gazi Group is a business conglomerate in Bangladesh thatowns Gazi Television (GTV), online portal sarabangla.com and Daily Sarabangla. Gazi group started its journey with the establishment of a factory of plastic and rubber products in 1974.The founder of the Group is Golam Dastagir Gazi.

Gazi Group???s media enterprise Gazi TV holds worldwide media rights of Bangladesh Cricket Board (BCB) till 2020. BCB sold the right to Gazi TV for the price of $ 20. 02 million. It can be mentioned here that Gazi Group???s managing director Gazi Golam Murtoza is a director of BCB and his father Golam Dastagir Gazi is a former director of the cricket board. Only two companies participated in the bidding process.

Golam Dastagir Gazi and his family members own a majority stake in the Gazi Group.Golam Dastagir Gazi is the founding chairman of the Group, while his wife Hasina Gazi holds directorship of the Group of companies. Their two sons ??? Gazi Golam Murtoza and Gazi Golam Ashria??? hold the posts of managing directors in the Group. Gazi Golam Murtoza???s wife, Sania Binte Mahtab is the deputy managing director of Gazi Group. Gazi Golam Ashria is now a director of the Federation of Bangladesh Chambers of Commerce & Industries.

Besides the Gazi family, there are two other persons on Gazi Group’s board: Badrul Alam Khan and Salahuddin Chowdhury. In the capacity of a director of Gazi Group, Badrul Alam Khan is involved with Gazi International, Gazi Communications, Gazi Renewable Energy, and Gazi Infrastructure Development Company. He also represents Gazi Group in Jamuna Life Insurance Company Limited. He is now the chairman of the organization.