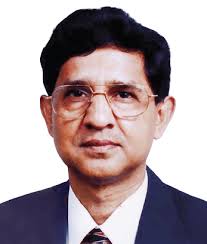 Golam Dastagir Gazi is the founder and chairman of Gazi Group. He is currently serving as the minister of the Ministry of Textiles and Jute, Bangladesh Government.

Golam Dastagir Gazi has been active in Awami League’s politics since his student years. He participated in various movements and the Liberation War. In 1977, he was nominated by the Awami League to run for the commissioner post in the first election of the Dhaka City Corporation. In 2008, he was elected as a Member of Parliament from the Narayanganj 1 (Rupganj) constituency with the Awami League’s ticket. In the consecutive national elections in 2014 and 2018, Golam Dastagir Gazi was elected from the same constituency.

Golam Dastagir Gazi has been involved in various business associations and social groups. He has served as the chairperson of Bangladesh China Chamber of Commerce and Industry, Bangladesh Tire-tube Manufacturer and Exporters Association and Mariners Club,

Golam Dastagir Gazi is a former vice-president of the Bangladesh Cricket Board.

Golam Dastagir Gazi’s wife, Hasina Gazi is currently serving as the Mayor of Tarabo Municipality in Narayanganj. They have two sons – Gazi Golam Murtoza and Gazi Golam Ashria. Both of them are involved in the family business and hold important positions in the group of companies. They also hold directorship of Jamuna Bank Limited, of which Golam Dastidar Gazi is a former chairman.