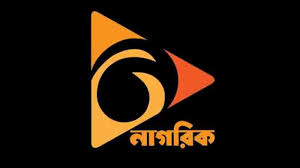 Nagorik Television a private television channel in Bangladesh owned by Jadoo Media Limited (JML). It went into full and commercial transmission on 1 March 2018. The channel was FIFA’s official broadcast partner in Bangladesh for the 2018 World Cup.

Mohammadi Group was founded by Mr. Annisul Huq, former Mayor of Dhaka North City Corporation and former President of Federation of Bangladesh Chamber of Commerce and Industries. He died in London in 2017.  Key Persons of this group are Rubana Huq (Managing Director), and Mr. Navidul Huq (Director).

Wamiq Umaira is a Director of Mohammadi Group and daughter of Rubana Huq.

Navidul Huq is a Director at Mohammadi Group. After graduating from Bentley University, he moved back to Bangladesh and currently he is heading two of their business areas— TechnoVista and garments manufacturing business. He is the Co-Founder of BongoBD.

Dip Azad is the chief news editor of the channel.