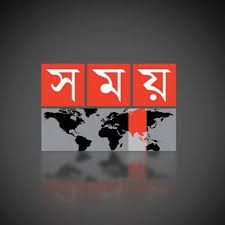 Somoy TV was one of the 10 television channels that the Awami League government gave permission to operate in 2009 after it came to power following a military-backed caretaker government. The license was given to Filmmaker Morshedul Islam who is the brother of former food minister Advocate Qamrul Islam of the Awami League, and three other TV journalists: Niaz Morshed Kaderi, Tushar Abdullah and Ahmed Zobair. On June 8, 2010, eight months after getting the license, 50 percent share of the TV was sold to Fazlur Rahman, the owner of City Group at Tk25 crore. Fazlur Rahman replaced Morshedul Islam as the Chairman of Somoy Media Limited. Shares are bought in the name of wife, son, daughter and daughter-in-law in addition to one’s own name.

Fazlur Rahman was the Chairman of Dhaka Insurance Ltd., Bangladesh Sugar Refiners Association, Bangladesh Vegetable Oil Refiners and Vanaspati Manufacturers Association. He is a member of the Advisory Committee of Ministry of Commerce. He is the life member of Trustee Board of Anjuman Mofidul Islam and member of the Managing Committee of Gandaria High School, Dhaka. He is the Chairman & Managing Director of Asgar Ali Hospital since inception.

He is one of the directors of Jamuna Bank

MD Hasan is also a director of City Group. He is the only son of Mr. Fazlur Rahman, Chairman of the City Group. He had his school education in St. Gregory’s High School, Dhaka and passed Higher Secondary Certificate Examination in the Commerce Group from Notre Dame College. He set out abroad and qualified as BBA from Charles Strut University in Australia.

Hasan was the Chairman of Dhaka Insurance Ltd. from 2012 to 2014. Md. Hasan is one of the prominent members of Bhatiary Golf & Country Club and President of The Gregarious Club, a premier division Basketball team in Bangladesh. He is the President & Director of Asgar Ali Hospital.

He is one of the directors of Jamuna Bank

He is the brother of Awami League leader  and former food minister Qamrul Islam MP.